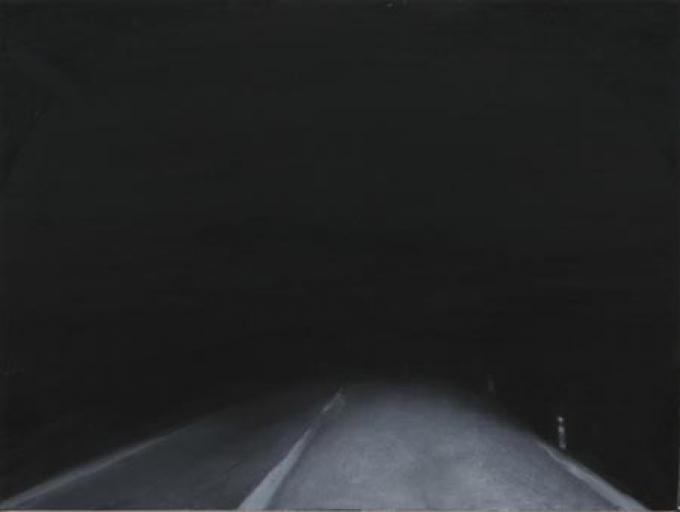 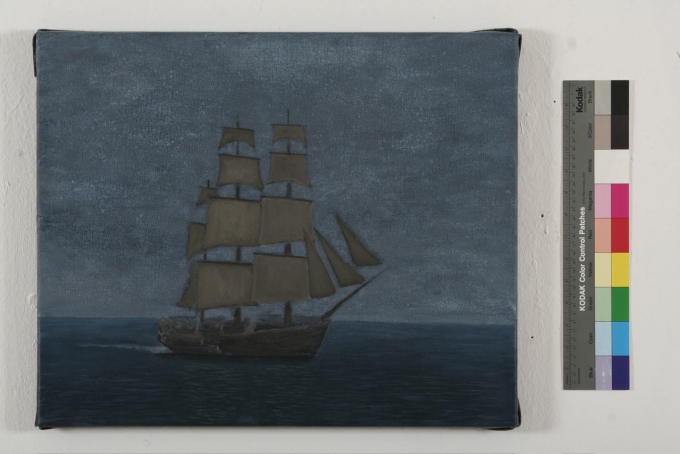 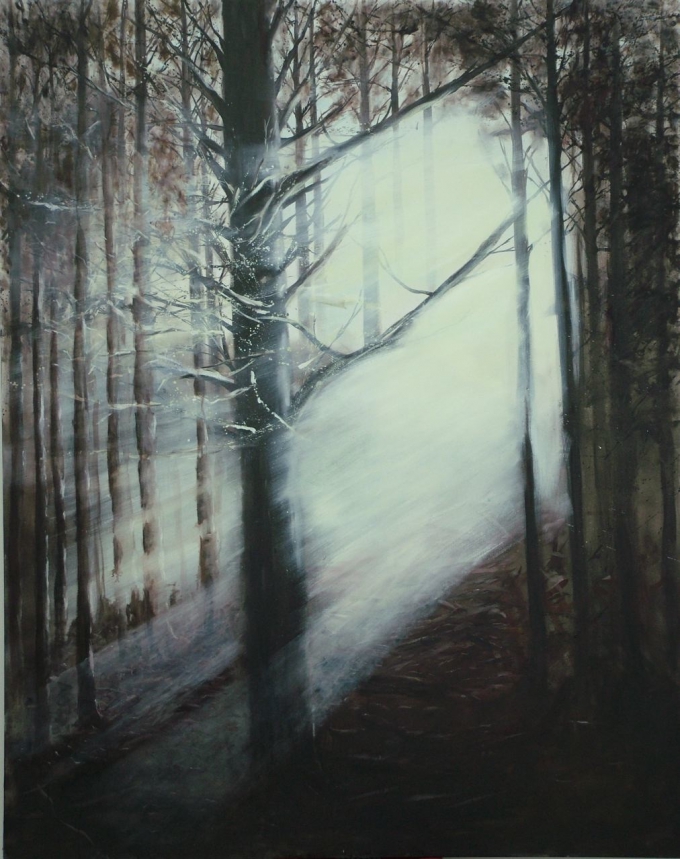 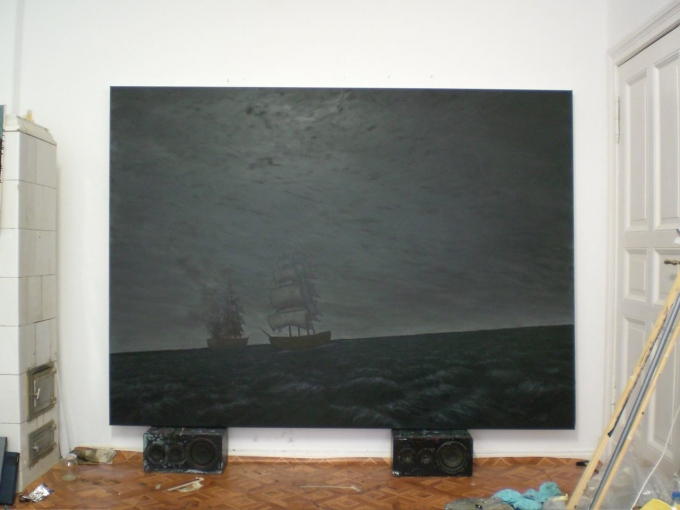 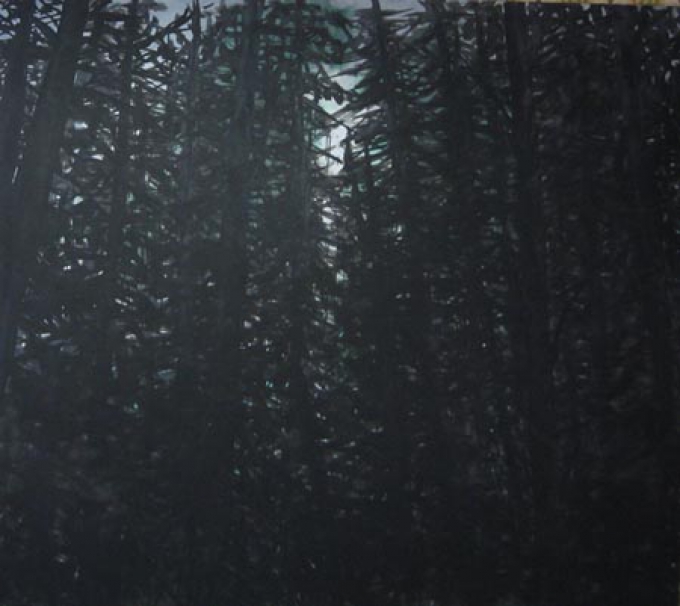 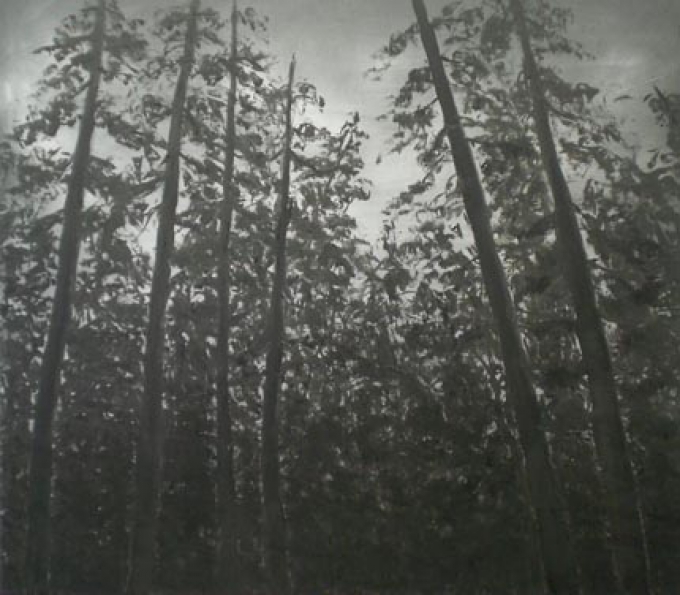 INFO
With the solo show *BOYS DON'T CRY*, DUVE Berlin introduces the young, German artist Niels Sievers (*1979). Sievers studied painting as a Meisterschüler of Jörg Immendorff at the Kunstakademie Düsseldorf from
2002 until 2008.
Referring to The Cure's famous song, the title of the show alludes to what the artist describes as, "a specific attitude, a certain rigidity towards oneself, which is expressed by the song". Like the music piece, Sievers motives capture a certain sensibility that can also be heard in the song 'Boys Don't Cry'; a romantic detachment and desire to dissociate from everyday life. In Siever's paintings, this sensibility stands in contrast to the sometimes naive, sometimes brute gestures of the crudely applied paint.
Nature is the central theme of Sievers work. His paintings record overwhelming and destructive atmospheres where dominant darkness is broken by glaring light. Lonesome snow houses floating across unstable ground, groups of trees threatening to collapse into each other, gloomy maritime paintings and rapid rides across deserted streets, are
all part of Sievers inventory, suggestive of conditions beyond human control.
Sievers work combine traditional and contemporary associations, resulting in a certain temporal vacuum - his paintings seem contemporary, yet peculiarly displaced. This is achieved, for instance by combining quotations and iconographies of popular music with romantic and expressionist themes - like in his "Lou" triptych - or by
counteracting the melancholic pretence of an imaginary content with rough textures and crude brush strokes.
The selected protagonists, animals such as wild pigs and foxes, represent a similar antagonism. These animals are not only familiar to us from traditional literary forms such as fairy tales or fables, but also as the lonesome heroes of the desolate suburbs of our cities, where nature slowly re-conquers urban space. These qualities lend Sievers images a reminiscent sentiment of youth, the state which oscillates between autistic loneliness, melancholy and progressive recklessness.
For this exhibition, the artist presents his paintings as part an installation which involved partial re-painting of the gallery walls and implementation of boxes formerly used as painting stands in his studio. Here, the convention of the gallery as a neutral exhibition space is subverted, using chance and spontaneity to create an atmosphere that reflect the emotional sense of his imagery. Worth mentioning is also Sievers interest in discarded objects such as old records, which he uses to carry image. The intention of such experiments is not an interest in recycling cultural contexts, but an exploration of specific material properties, in this case, light reflections that change according to the observers' movement through the room.