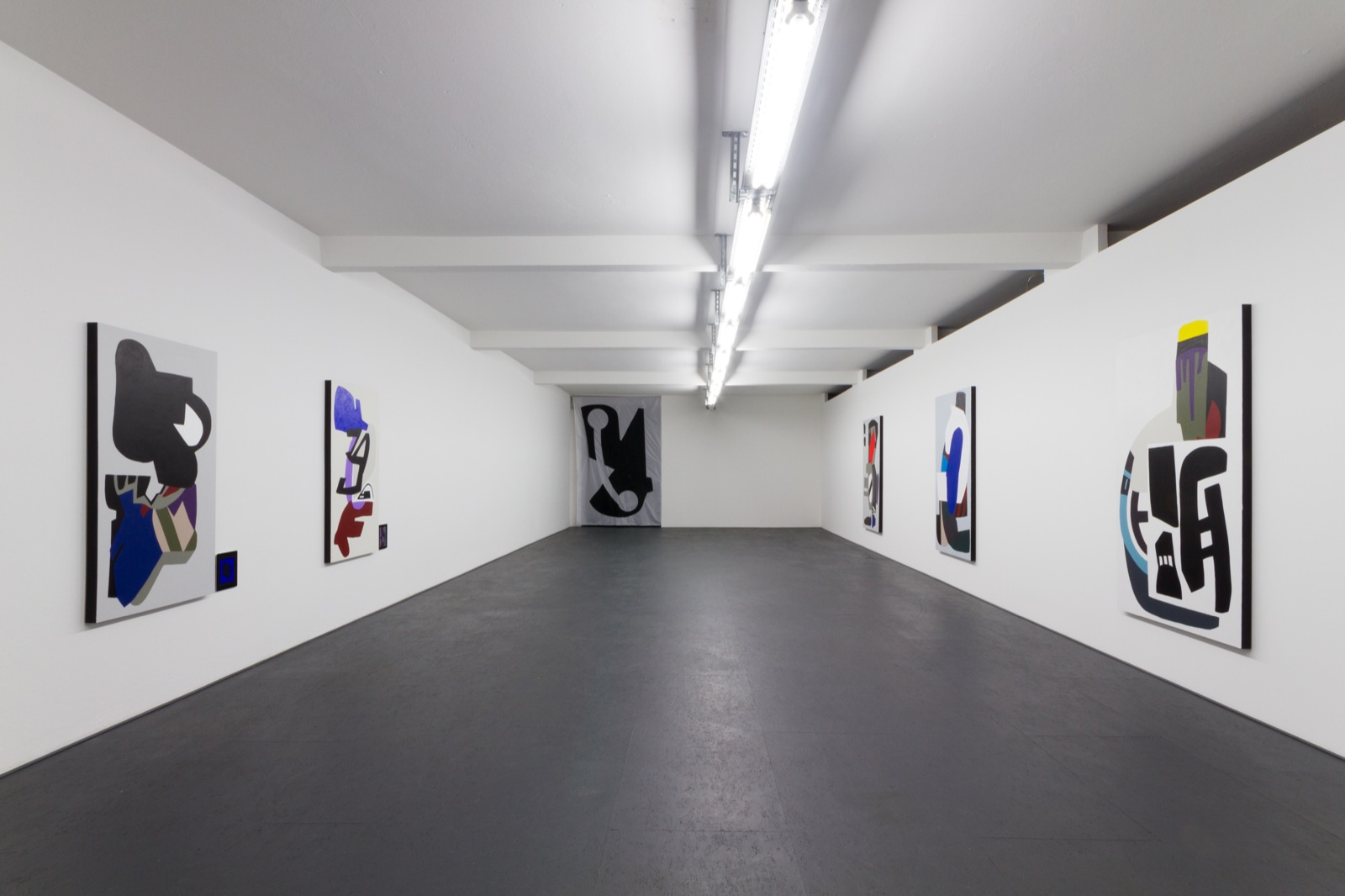 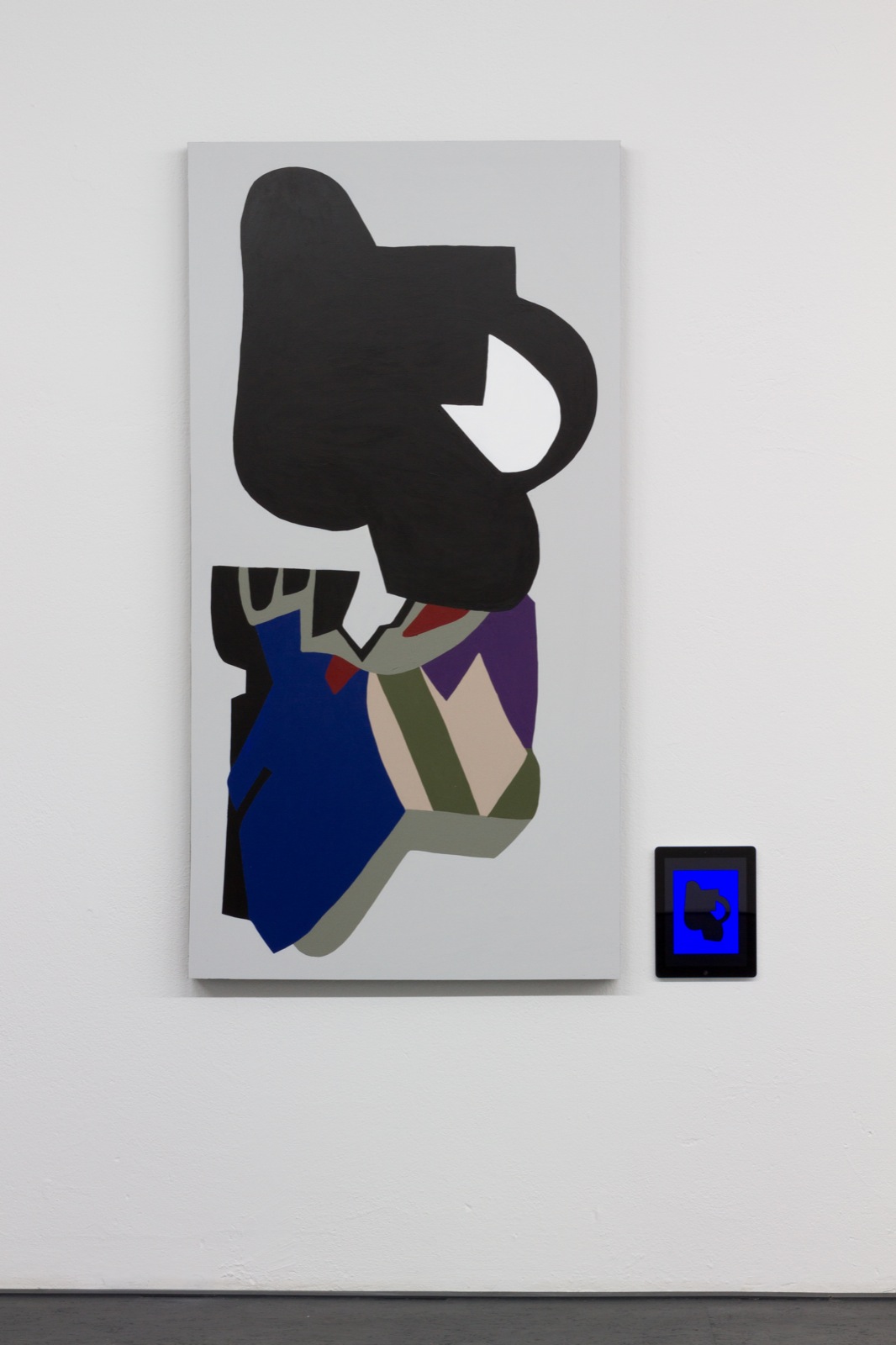 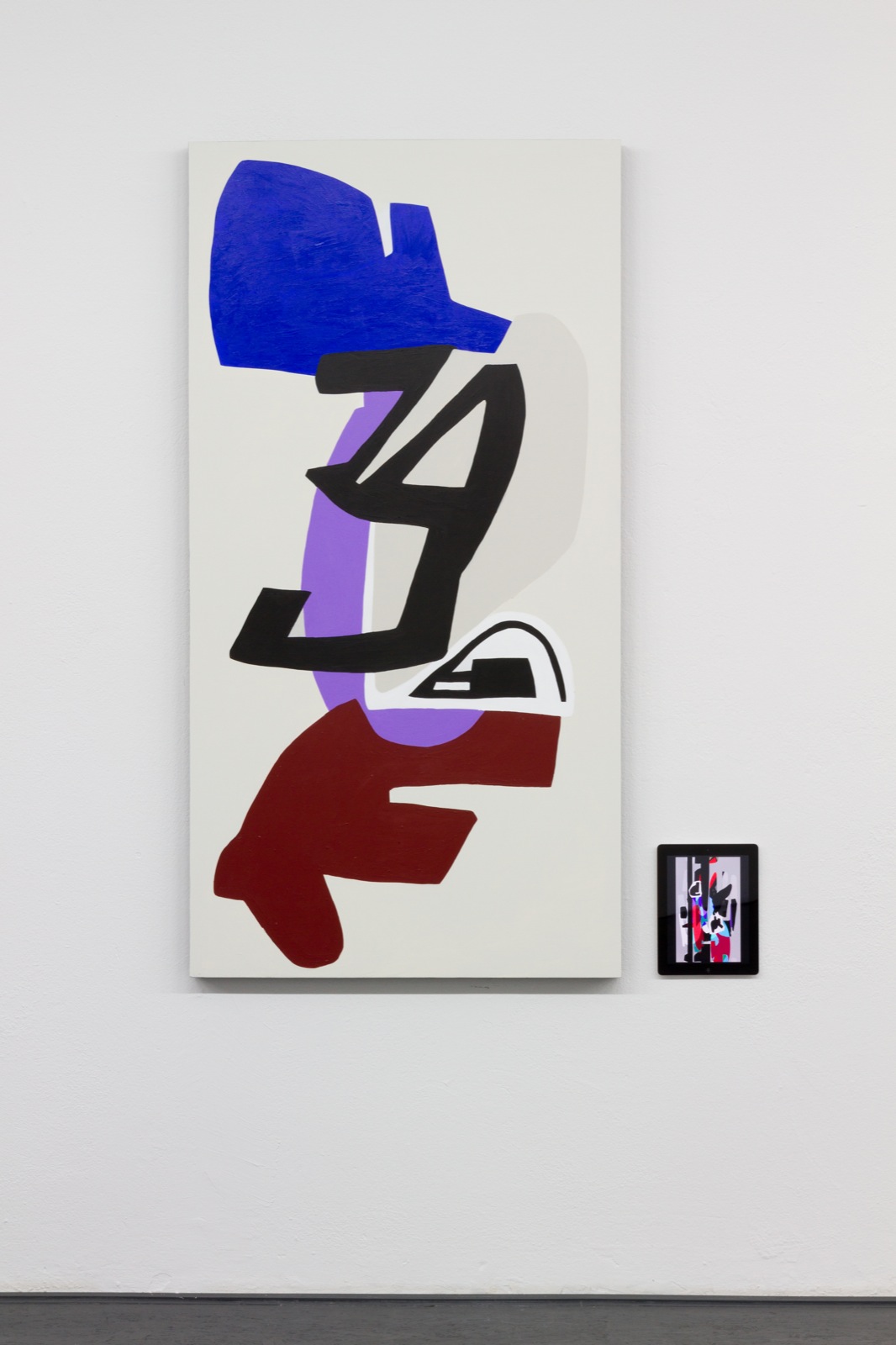 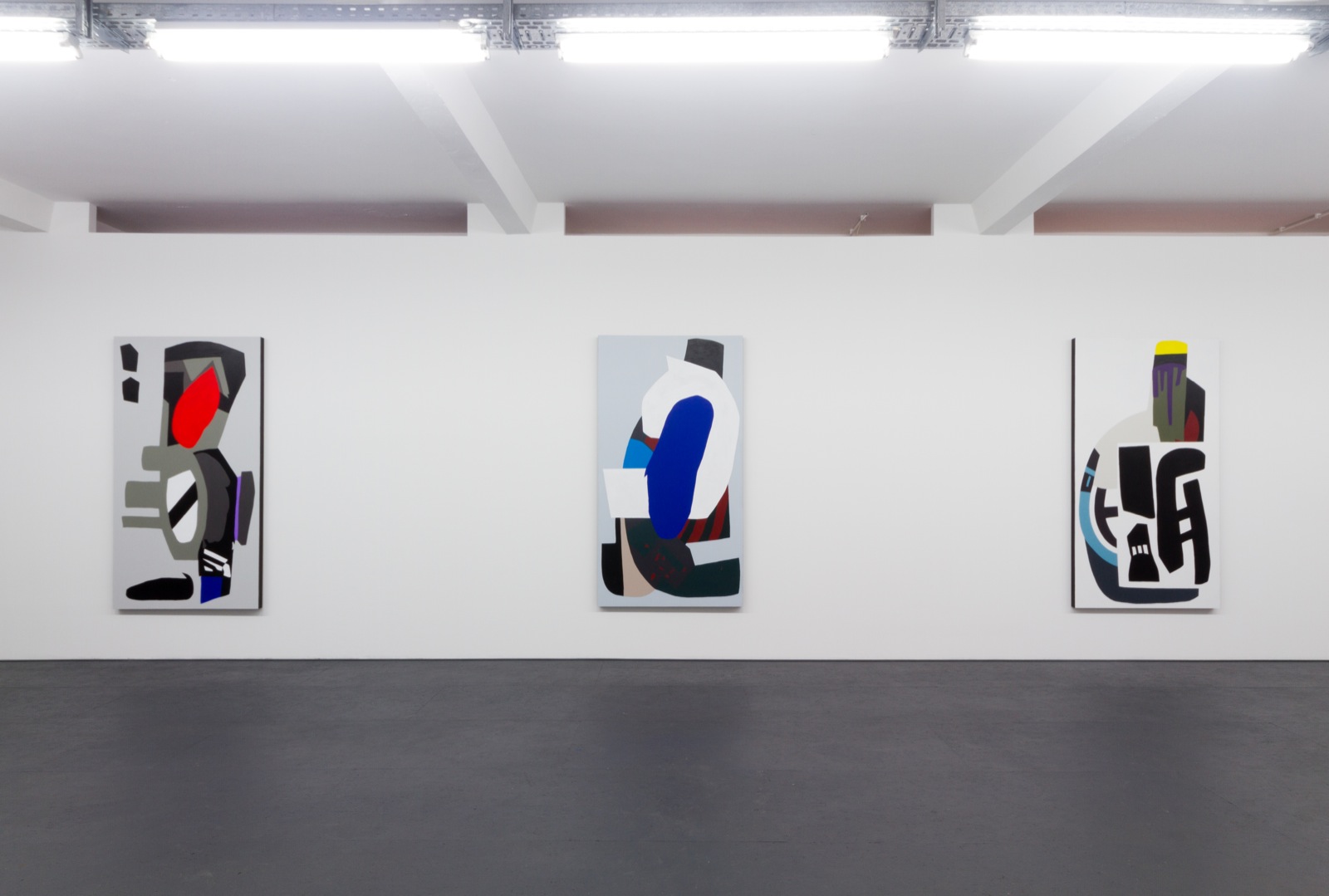 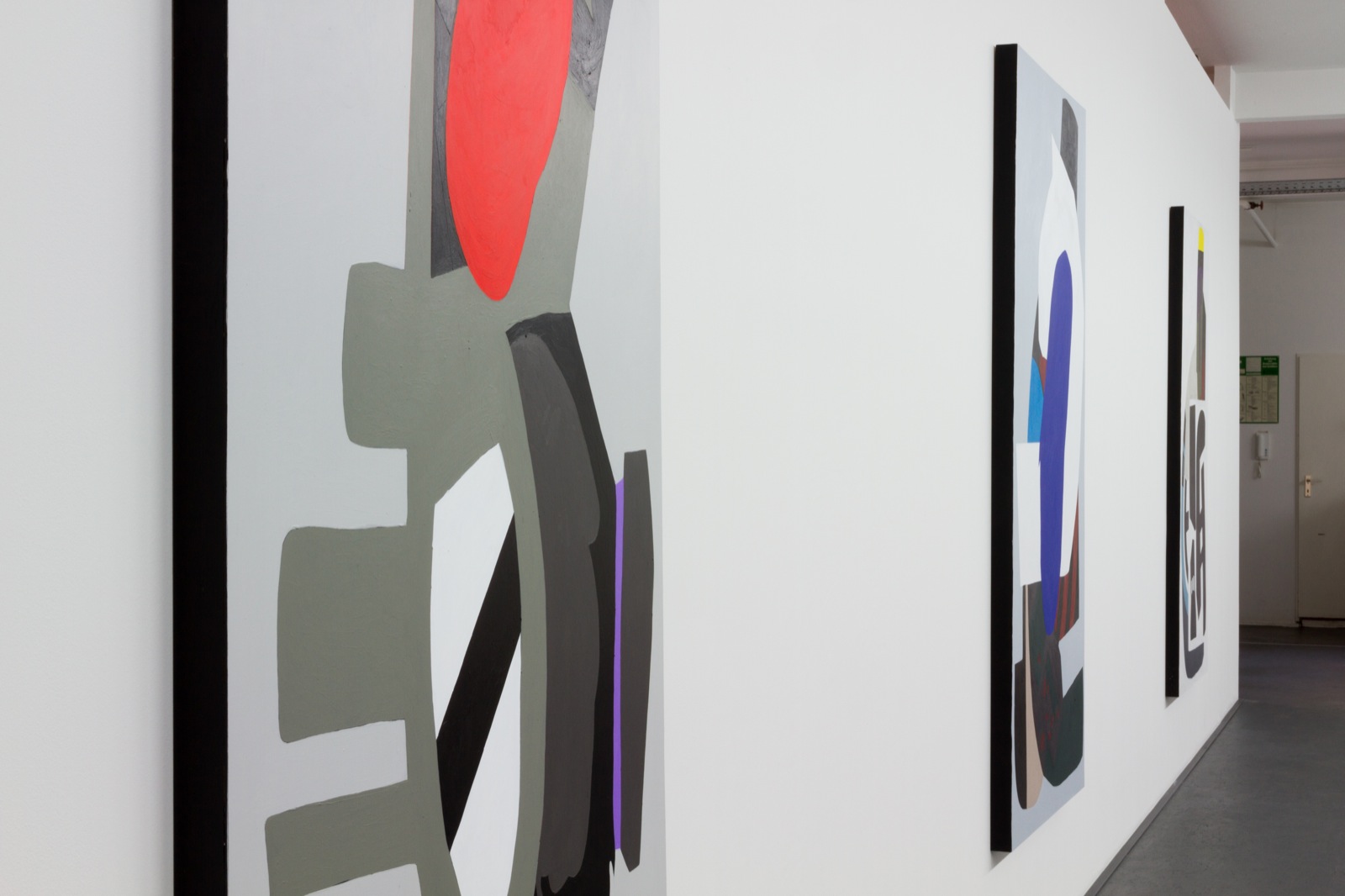 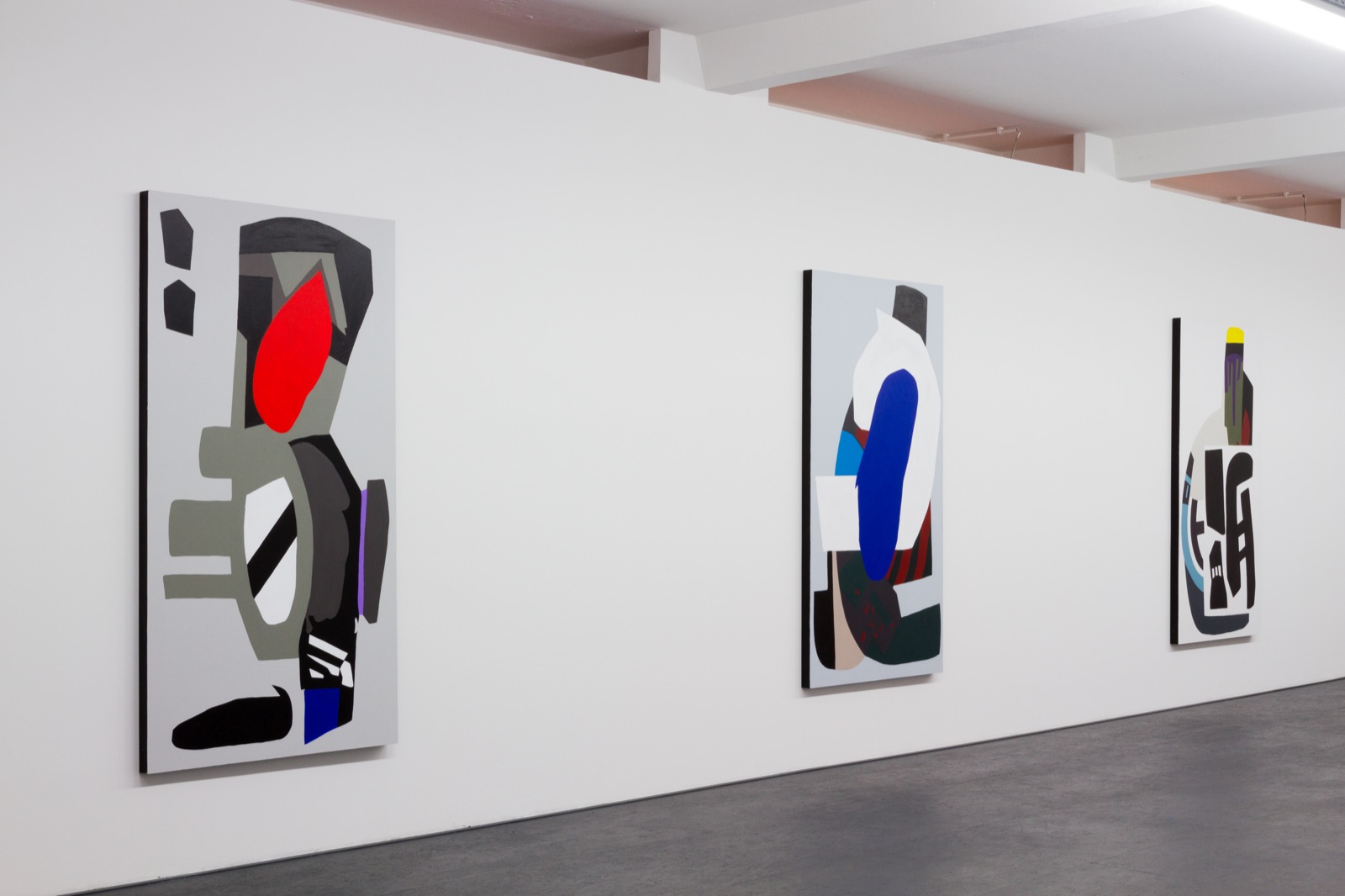 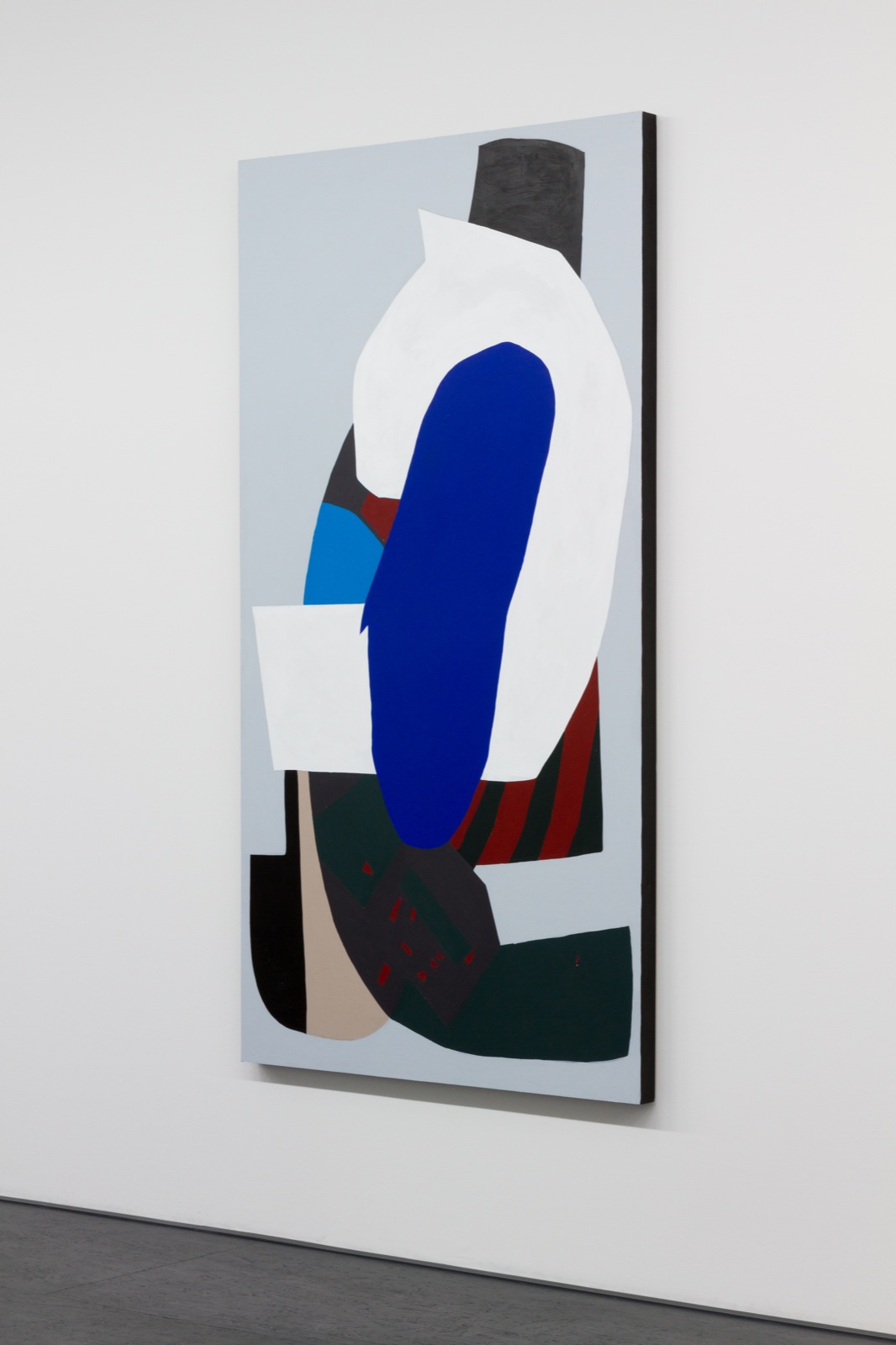 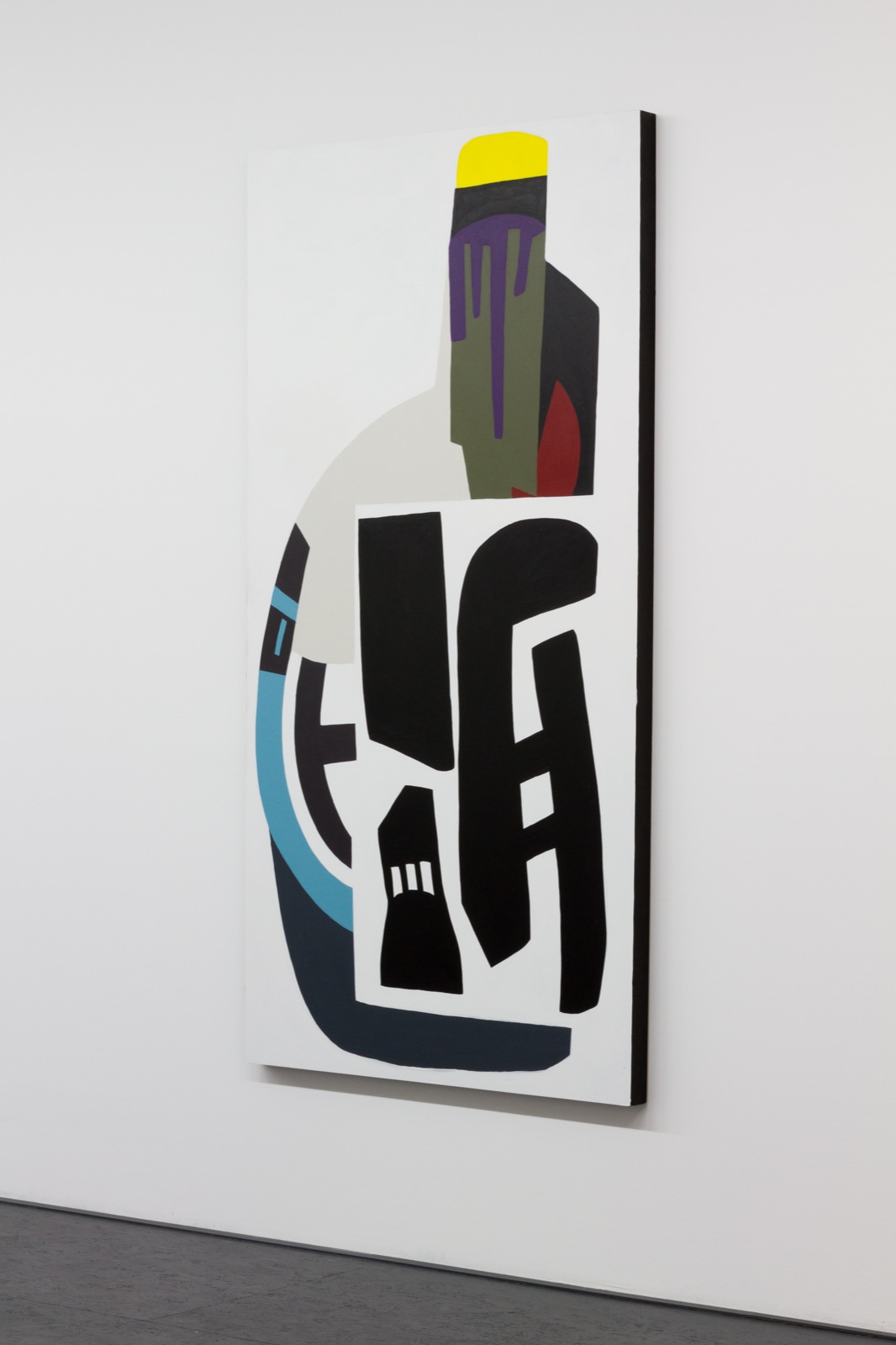 Pozanti’s practice derives from the literal development of her own language, comprising of a set of over two dozen clear and identifiable characters/shapes, layered on top of each other with a loose yet distinct grammar.  Her construction of the two dimensional art object is a poetic gesture of semiotic assembly.  The shapes are moderately manipulated to flow into each other, interlocking elegantly on top of and within themselves, while still maintaining their defined formal characteristics.  Colors change, influencing the meaning of the shapes, shading their emotional impact, while accentuating the constancy of the form; an exposition on Pozanti’s idea of a complete form language.

This highly specific method of creation derives from Pozanti’s initial ventures and frustrations with making digital media art.  She found herself questioning the permanence of screen based artwork while increasingly valuing the intentional and purposefulness of the handmade, physical and unique work. Pozanti’s desire to make work that was in the most clear sense physically her own led her to develop her artistic character language.  There is no re-appropriation, pastiche, or material drawn from her surroundings

in the most real sense it is an invention of her own making, from its most fundamental roots to its poetic completion.

Passwords are our own personal, private vernacular.  Single words or contracted phrases that hint at something utterly meaningful and important. Eluding to a memory which maintains its value however the word itself is transformed and re-appropriated by typing it out dozens of times a day.  Its meaning becoming enshrouded by numbers and symbols replacing letters and misplaced capitalizations. The password is not a memory - it is a language in and of itself.

Each of Pozanti’s paintings is a password and a verselet. Initially the internal relationship between the signs and the formal structures is clear, but the larger syntax between the works is opaque.  Each painting stands on its own as a hint to her personal process, but it is only when the works are seen together that the consistent morphology contained within her work comes through.  Each work is a password that temporarily occupies an input field, each distinct character transforming as the next becomes momentarily recognizable, allowing the viewer to piece together and interpret a larger meaning.  Seeing three works on the wall together, one begins to access not just the individual passwords, but the mind and experience that assigned these specific symbols their importance.

Hayal Pozanti (b. 1983) is a native of Istanbul who received her MFA from Yale University in 2011. Her practice encompasses painting, sculpture, collage as well as digital animation. Through these varied platforms, she explores questions of technology and language systems, as well as the possibilities of space mapped out by the body and screen. Pozanti has exhibited internationally, including New York, San Francisco, Istanbul and Berlin. She currently live and works in New York.